For those who don’t know, Barcelona is a sprawling metropolis that is best known for its incredible architecture. Throughout the city one can see the many influences that early emerging architects left on the city. The most famous of these architects being Antoni Gaudí.

Gaudí, as well as a handful of other architects introduced “Catalonian modernism”, or modernisme, to Barcelona following the 1988 World’s Fair. Although Gaudí was not the only architect bringing modernisme to the forefront, he, in my opinion, had the most interesting approach and the biggest impact to the city and its culture.

During our trip to Barcelona, my wife and I had the good fortune to visit four of Gaudí’s most famous landmarks; Casa Batlló, Casa Milà, Park Güell, and La Familia Sagrada

Before my visit to Barcelona, I didn’t give Gaudí much space in my mind. In all truth… I found the architecture gaudy… no pun intended. I simply didn’t understand the use of material and I certainly couldn’t appreciate it as something other than just modernist junk. It wasn’t until I visited the Sagrada Familia that I got an in-depth understanding of Gaudí and his methodology.

It was during our self guided tour that I began to understand the man that Antoni Gaudí was. He was a naturalist who was deeply inspired by nature, deeply devoted toGod, and deeply devoted to his work. Here are a few shots that I captured during our visit to La Sagrada Familia 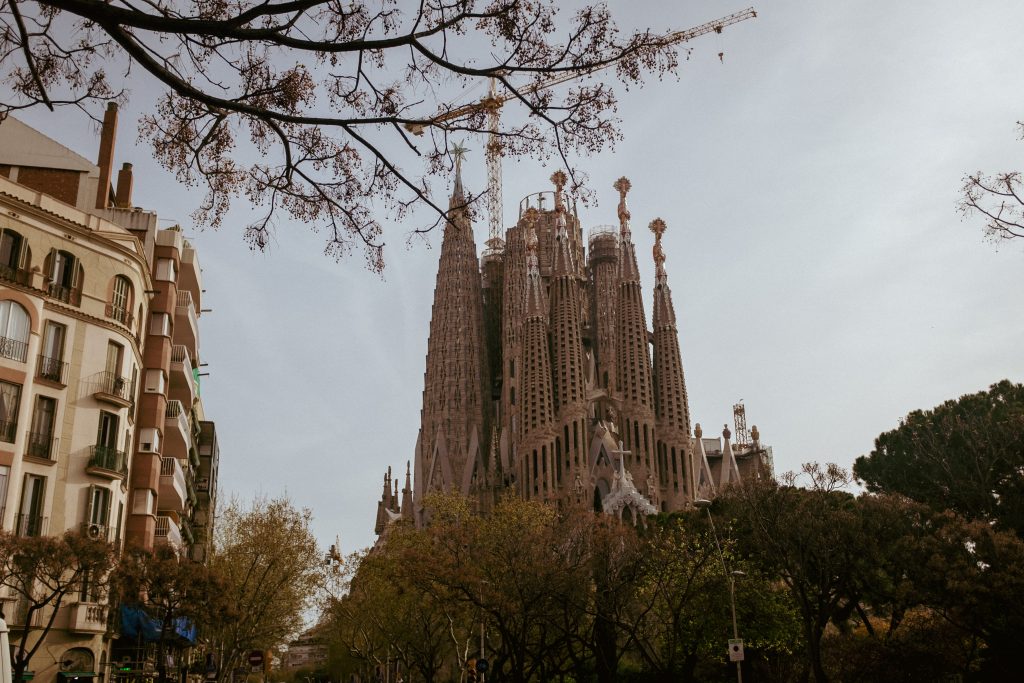 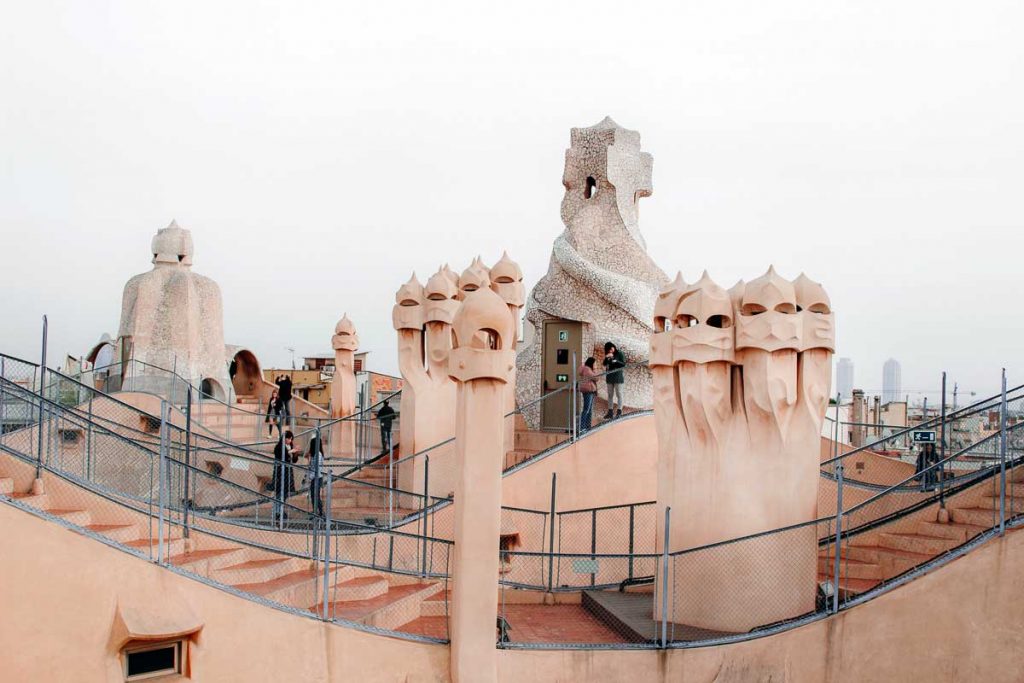 The first Antoni Gaudí home that we visited happened to be the last private residence that he ever designed, Casa Milà aka La Pedrera (the quarry).

Casa Milà was given the nickname of La Pedrera because of the way that it’s exterior resembles the stones of a quarry. Today, the nickname has gained popularity, though at the time of it’s building received much criticism and ridicule.

Now, we are able to appreciate it’s undulating stone facade and roof terrace for the beauty that it is and progressive nature during a time when homes were meant to blend into their surroundings. Again, Gaudí found a way to integrate nature into the motif of the structure. 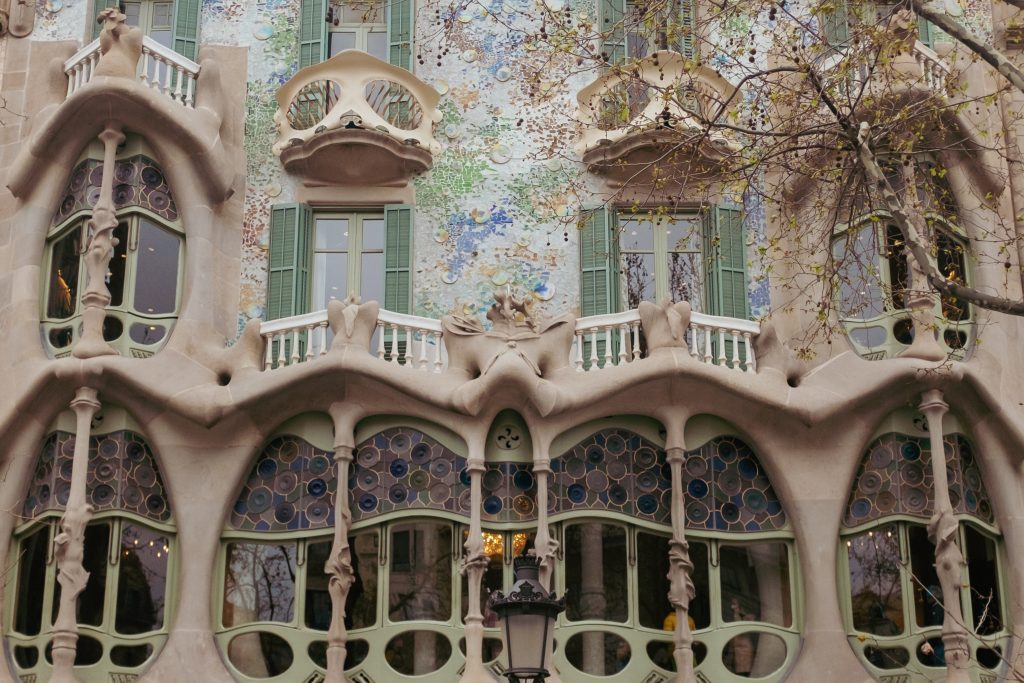 Widely considered one of Antoni Gaudi’s masterpieces, the Casa Batlló is an incredible example of Catalan modernism due to its unique stonework, oval windows, and mosaic facade. A curved rooftop along with a narrow turret and cross is generally considered to be inspired by the lance of Saint George, thrust into a dragon’s back.

I have to admit though, that I was far more impressed with the details of Casa Milà. That’s not to take away from the impressive nature of this home. 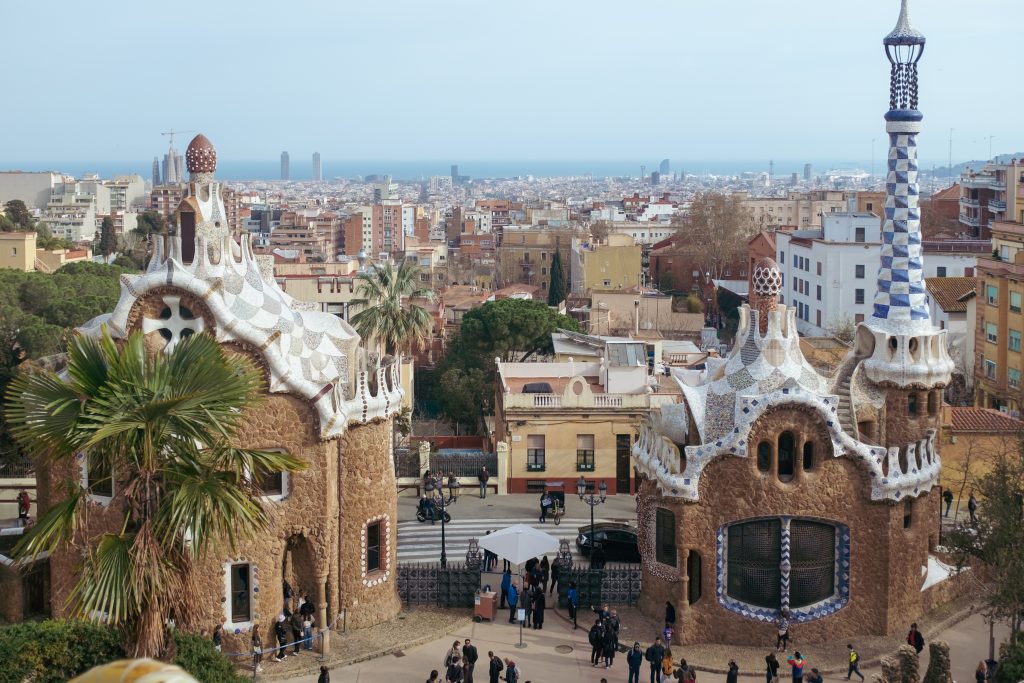 The brainchild of entrepreneur Eusebio Güell and Antoni Gaudi, Park Güell is a UNESCO World Heritage Site designed during Gaudi’s naturalist phase where he derived inspiration from nature and organic shapes. The park was conceived as a series of technologically-advanced homes integrated into a garden setting. Several of its iconic structures celebrate this feeling, from its colonnaded pathways, serpentine benches , and entrance houses.

This park also might be my favorite memory of Barcelona as a whole. During our stay, the weather had been rainy and drab. Not to say that it ruined our moods, we truly embraced it and rolled with the punches, however it was truly with open arms that we welcomed a sunny day in the park.

Along our walk we found endless gardens, beautiful pathways, live music, and iconic homes. The sun shone down on us and we couldn’t help but feel like two sunflowers casting our gaze up at the sun and drying out from a very wet couple of days. 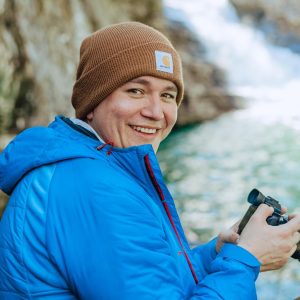 Hello! My name is Damian.

This is my blog and these are my travels! I have been lucky enough to see so many great wonders of the world- and still so many left to see! I’d love to hear from you, even if it’s just to give me an idea on where to travel to next. Feel free to drop me a line any time you’d like. 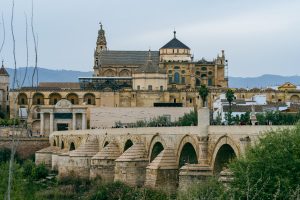 Cordoba | The Jewel of Andalucia 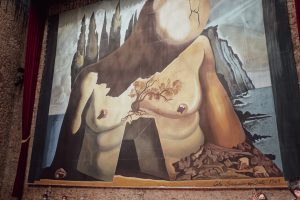 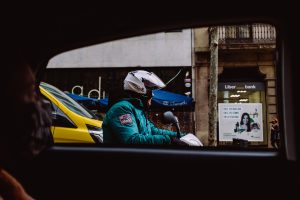 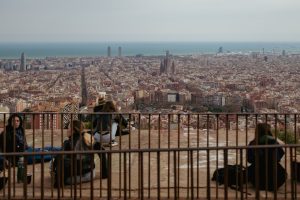 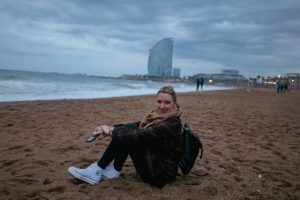 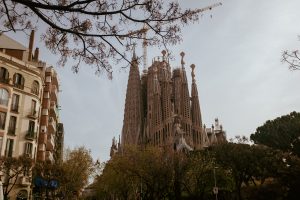